This is all I see now everywhere I go. Indoor houseplants.

I’m going to start with some outdoor ones first. 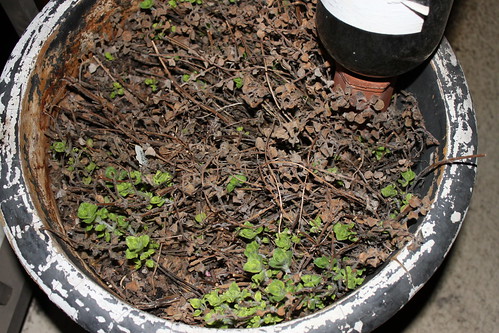 I thought the subfreezing temperatures for sure did it in. To the point where I didn’t even bother to water it anymore. And it came back anyway. I feel like a proud mother. 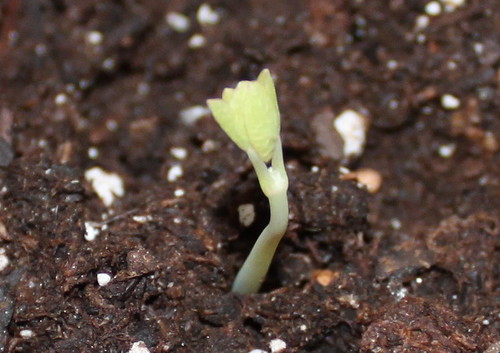 I will replant some of these outdoors and try to get flowers. And maybe even get some seeds for next season. Take that Monsanto! I’m saving my own goddamned seeds. If I can anyway.

They’re about this big right now. 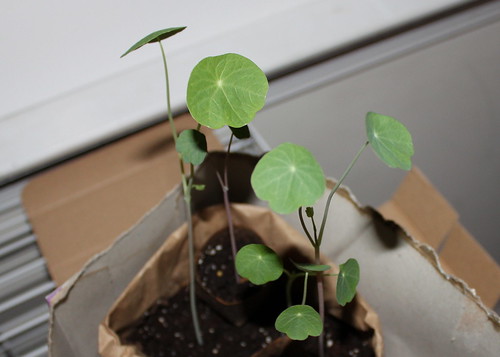 These nasturtiums came from 5 year old seeds I thought were no good. I threw them away in this pot of soil that was meant for my not-growing ginger rhizomes. 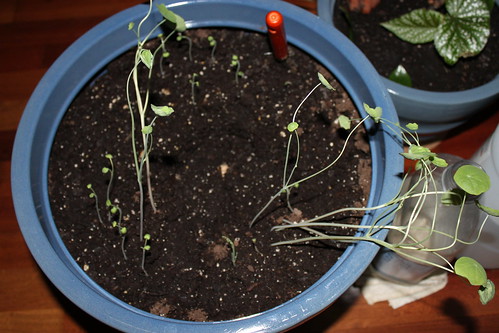 They grew though. Along with some sage seeds I also tossed in there. This is my miscellaneous pot of seedlings.

Now the indoor plants.
An update on the begonia – The twig portion of the cutting seems to have died off after that baby leaf fell off. The other leafy section of the cutting is doing well though. One original leaf dropped but a new leaf has grown in its place. Quite big too. 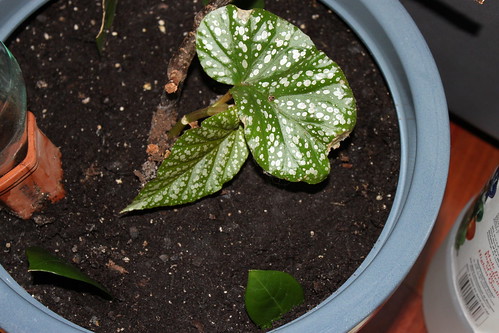 I’ll give the twig portion another month or so and if there’s no new growth, I’m just going to pull it out. I gave it a gentle wiggle and tug today and I can tell there are roots holding on, so I’m going to remain optimistic on this.

And my succulent project.
This leaf I tugged off an existing succulent from my parents. I let the stump dry and scab over and then put it scab side down on damp soil. You can see a little bit of growth at the stump and actually I tried to tug it off gently and I could tell by the resistance that it too has rooted in there nicely. 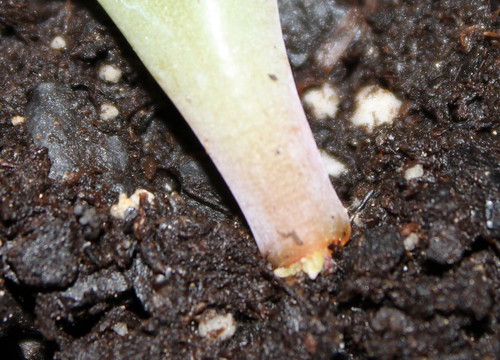 Here are the mail order succulents. 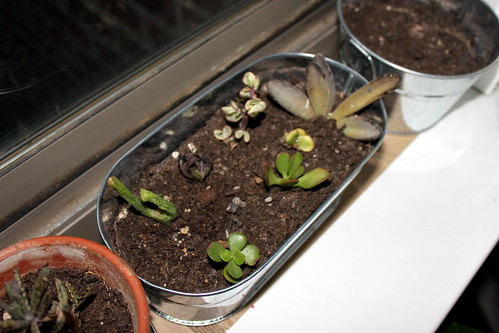 I’ve lost a few of the cuttings and it looks like I may lose another. Still, I think it was worth it. I love seeing them perk up and look much nicer than when they came out of the box. 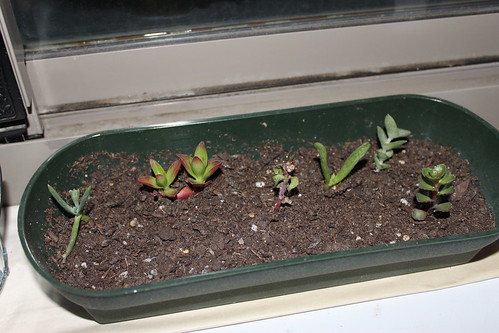 I watered them fairly regularly (every other day) for a while, but now that they have roots, I am letting the soil dry out before giving them more water. 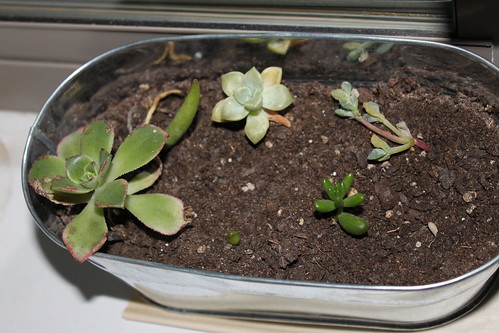 This soil is for succulents and cacti so it is very sandy and dries quickly. I’m actually unsure if the ones that didn’t make it were from too much or too little water.