On my first day in Hawaii, the Big Island, we hiked from South Point (the southern-most tip of the U.S.) to Green Sands Beach. 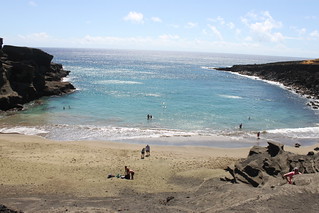 It was about a 3 mile hike there and I lamented that I belonged on my couch in fronna the TV! Why am I here in this sun and dusty dirt road!? We went on to hike 5 more trails and I realized how much I like being outdoors. I don’t belong enclosed in walls for hours a day. Even outside, I’m surrounded by tall walls of buildings and pavement and concrete beneath, so I still feel enclosed. So all this time, we train ourselves to adapt to this way of being. Breathing exhaust and stale air and crated. And it doesn’t even have to be in Hawaii, although it was unimaginably beautiful.  I just have a newfound appreciation for outside. Trees. Dirt roads. The sound of water. It makes me feel more connected to the world. To people. To my body.

Mahalo National Parks.  You have preserved for us all the most spiritual places on earth.

Along the same lines of my love for calendars, plants are like living calendars to me.  In 2 years time, this grew from a cutting to a 9 ft tall plant.  I got that one in 2005 when I worked with this lady who gave me a cutting.  This one came from a leaf I picked up off the floor.  They’re like diaries.  And watching a plant grow reminds of of how slowly and quickly time passes.  Like watching the clock during the last half hour at work, if you stare at a plant, time seems to stop, the plant doesn’t change.  But if you look back to years past, the plant has grown to a huge weed and I realize how many years I’ve known the people at work.

I have talked myself into and out of growing plumerias many times.  I don’t have ideal light or space.  This isn’t even the right climate.  But I was in Hawaii.  And plumerias were in bloom all around me.  I got these three. 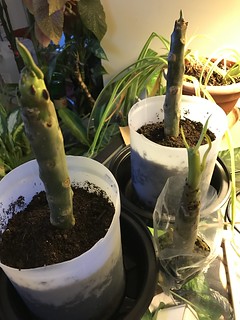 I’m crossing my fingers they thrive.

I had been talking about visiting Hawaii for years! But it’s just so much easier to watch YouTube vids of other people’s trips, or drive to a local weekend destination than to plan a trip to Hawaii. As much of a homebody as I am, it took but the mere mention of a wedding and I booked the trip, packed up, and was ready to go.

Food:
If you’re looking for vegan food, stick to the Asian joints. Many traditional American/Hawaiian places also had vegan options due to Asian influences but there were times when I had to settle on a carb turducken (a breakfast of fruit and hash browns on toast). Towards the end of the trip, I was craving sweets (which I rarely do). Not sure how true it is, but I’ve heard that it’s a sign of a protein deficiency.  In the end, I was feeling insatiably hungry and weak so I relented and had egg at one breakfast joint.  And then I chased it down with a vegan snickerdoodle.  Protein and sugar!

This was one of the best meals I had during the trip. It’s kabocha curry. 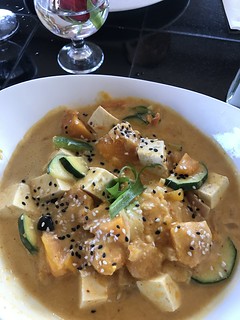 The fruit is phenomenal. On our second day there, I got myself a cheapo santoku knife so I could cut some Hawaiian pineapples in the hotel room. Their papayas and pomelos were also amazing. Too bad we can’t get them around here easily. Still, I got my fill – three pineapples in a week.

Learn from my Fail:

As a nod to ringing in the Year of the Cock, I am cleaning out my closet. I’m ridding myself of the most obvious – jeans that no longer fit! These are ones that I’m never going to squeeze myself into ever again without doing major organ damage. 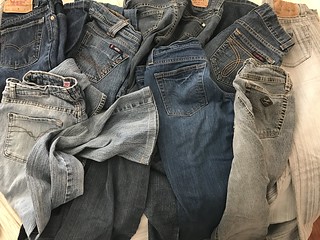 When I first started working, I measured my work hours in the pairs of jeans I could buy. I was making maybe $10/hour and that was about a pair of jeans on sale. For a really fancy pair, I might have splashed out for a $20 pair. Whether it’s because of my slowed metabolism due to aging, or from the all the squats and Warrior threes, or one too many beers, 6 out of these 8 pairs do not fit me anymore.

This winter has been more spring-like than wintery so I’m not even paying attention to the ol’ rodent. My nose knows what’s going and and what’s going on is, we haven’t had much of a winter.